There is a common problem with 1999-2001 Chevrolet Silverado where the service 4wd light comes on in the vehicle. The light is scary and led me to believe there were major issues with my four wheel drive, but it turns out its a quick, cheap, and painless fix by swapping out the 4wd selector switch. If you take it to a dealer they will charge you from as low as $180 to as high as $400. I’ll show you how to fix it for $50 in 5 minutes.

Update: Before step 1… make sure your transfer case fuse is good. On my truck it’s labeled ATC (Auto Transfer Case) and is located in the main fuse box under the hood.

Step 1: Remove the Dash Plate (to get the part number of your switch)
Pop off the dash. It’s simple and doesn’t requires tools. Tilt your steering wheel down and put the gear shift in 1st. Now using your fingers, pull the dash plate off. There are about a dozen points where it connects. Pop them off and pull the dash plate off. 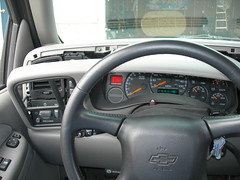 Step 2: Pop out the 4wd Select switch
To remove the four wheel drive select switch there are little plastic locks on the top and on the right, hold them up and pull out. 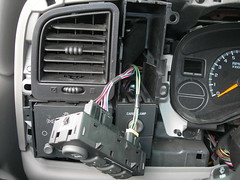 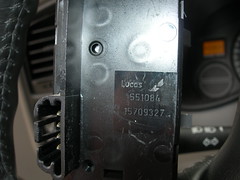 , from amazon by clicking the link below.

Step 5: Put in the new part
Once the part arrives, use the steps above to remove the switch and replace the new one. Total repair time: 3 minutes (and I was a huge dork and took pictures). 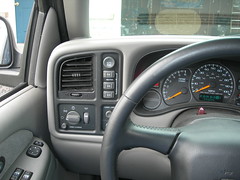 Selling a Projector on Ebay

No Balls… thanks for the advice Bob Barker